Tito’s vision was never designed for Instagram, yet MoMA’s arresting exhibition has revealed a whole sequence of images that might have been specifically created to make the social-media-addled eye stop and stare. Toward a Concrete Utopia: Architecture in Yugoslavia, 1948-1980, is a visual feast, not just for Brutalist fetishists, but for those wanting to see how the Balkans’ history has inspired a riot of structures resembling everything from lightning bolts to abstract sea monsters. 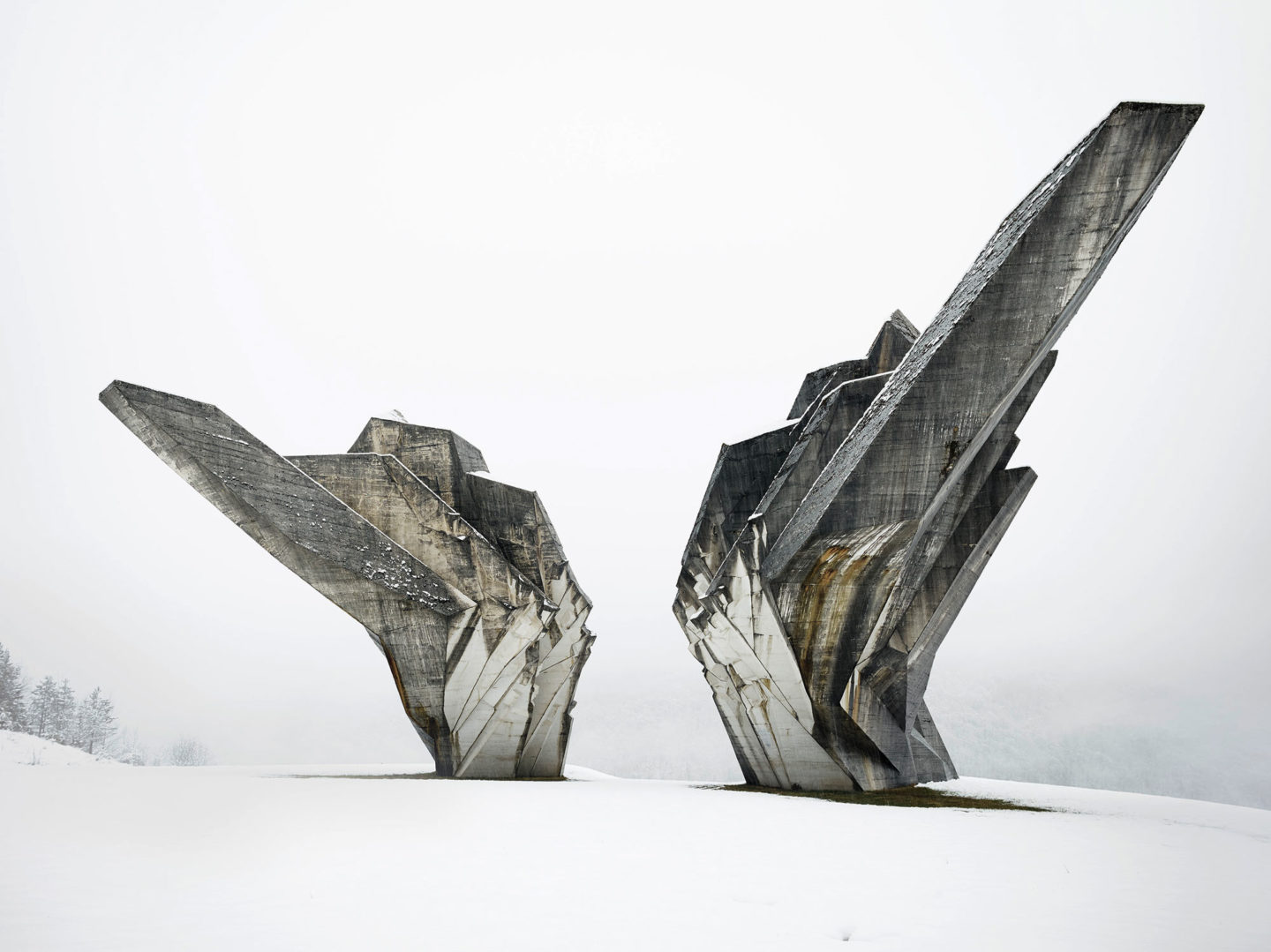 Miodrag Živković’s Monument to the Battle of the Sutjeska, Tjentište, Bosnia and Herzegovina.

Though the emphasis of the exhibition is, rightly, on the innovative modernism of Yugoslavia’s communist era, there are constant reminders of the political and cultural faultlines that have made the region Europe’s most volatile area. Take the stark geometric beauty of the Serefudin White Mosque in Visoko, Bosnia, built in 1980 on the remains of a mosque that was first constructed in the late fifteenth century, shortly after the Ottomans conquered Bosnia. 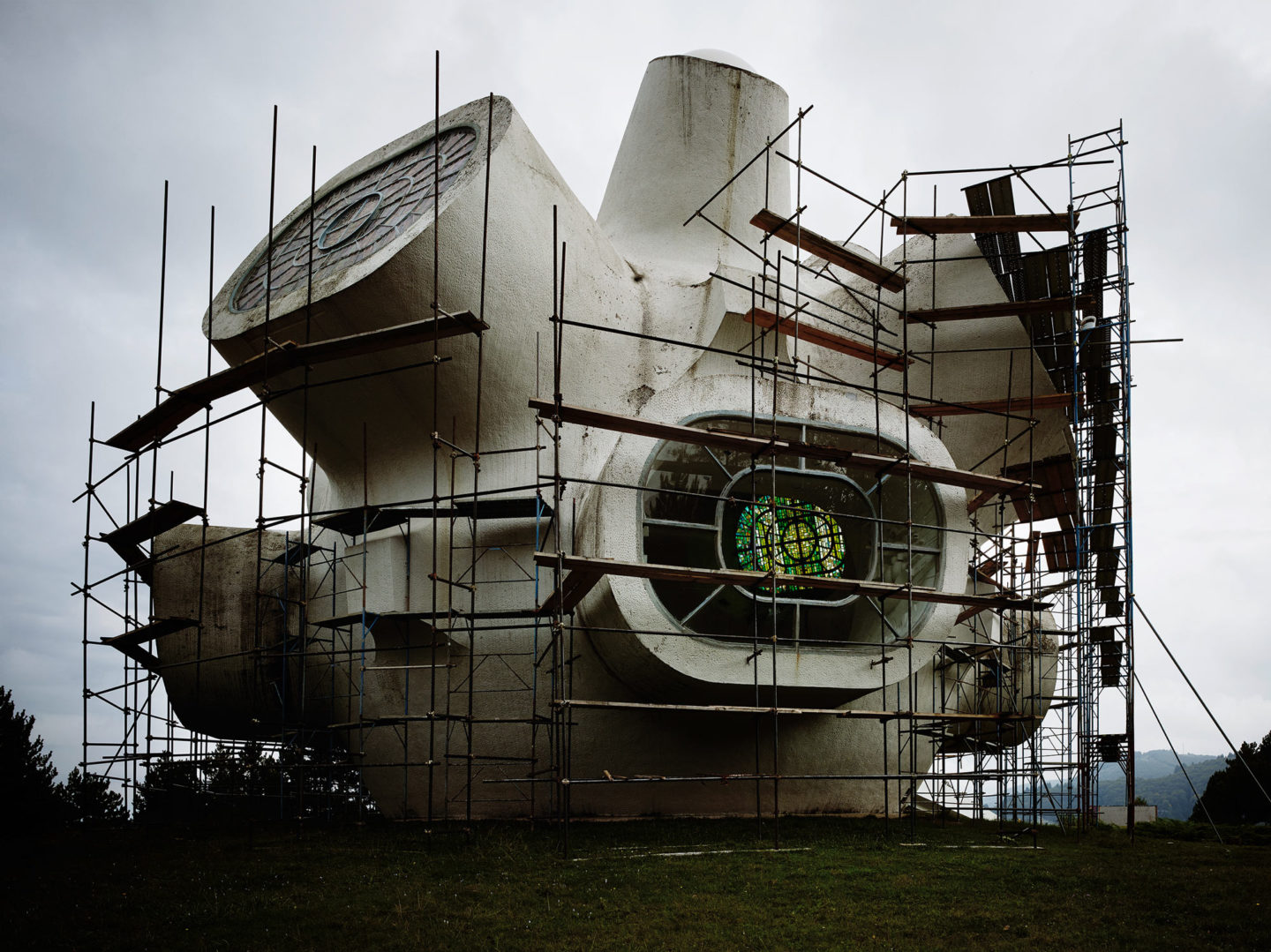 While the serenity of architect Zlatko Ugljen’s design is in direct counterpoint to Bosnia’s turbulent past, the Monument to the Ilinden Uprising is an unapologetic pustular eruption, wearing its monstrosity with pride. This striking work, designed by Jordan and Iskra Grabul, was unveiled in 1974 to commemorate the 1903 uprising in which the Macedonians and Buglarians rose up against the Ottoman Empire, only to be brutally suppressed. 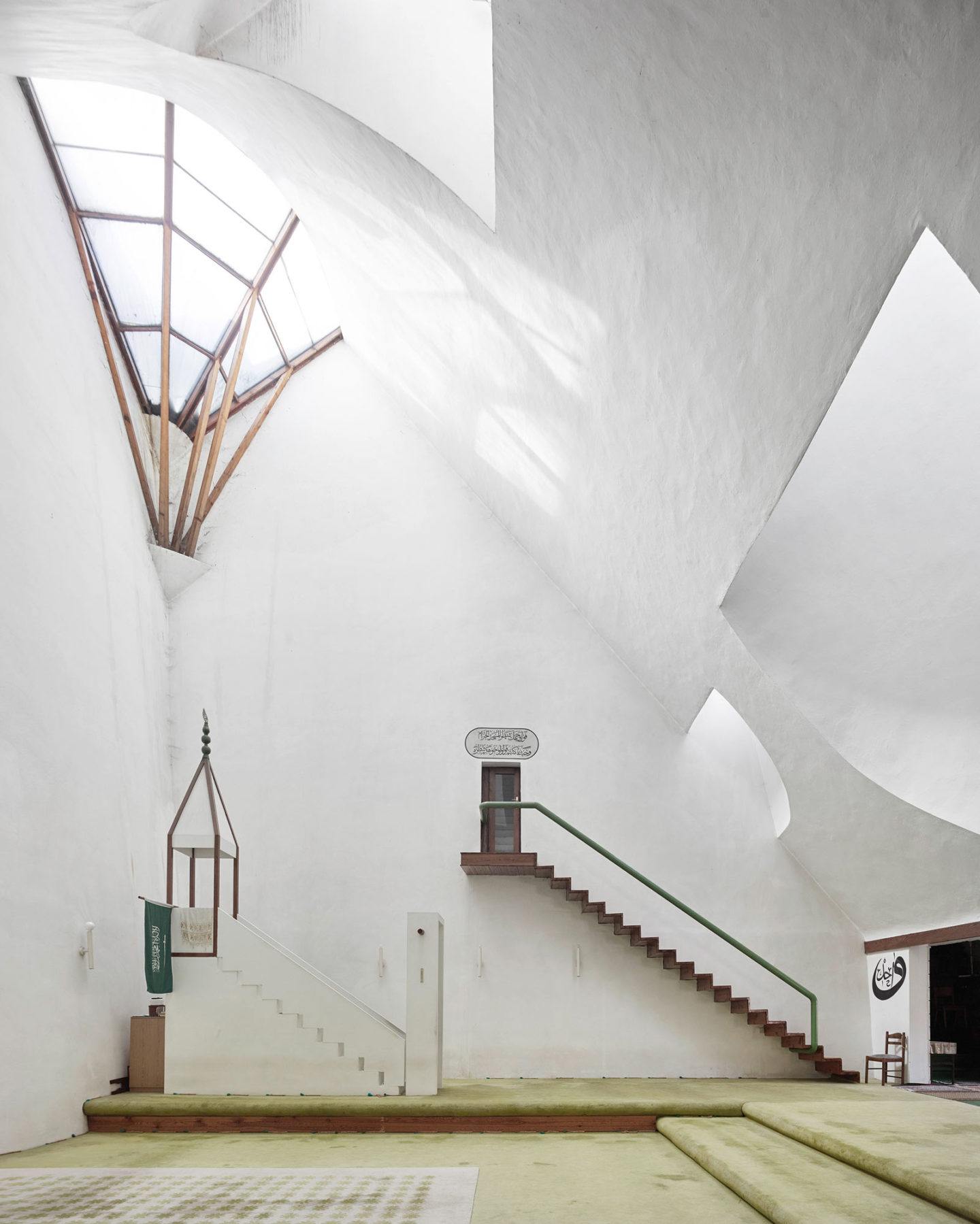 No structure here, though, quite conveys the sense of elemental fury at past wrongs as the memorial to the Battle of Sutjeska at the height of World War II. The Serbian sculptor Miodrag Zivkovic, famous for his eye-catching memorials, has created a monument that looks like two lightning bolts, explosions of rage at a battle in which – even though they won – 6,000 partisans were killed by the Germans. 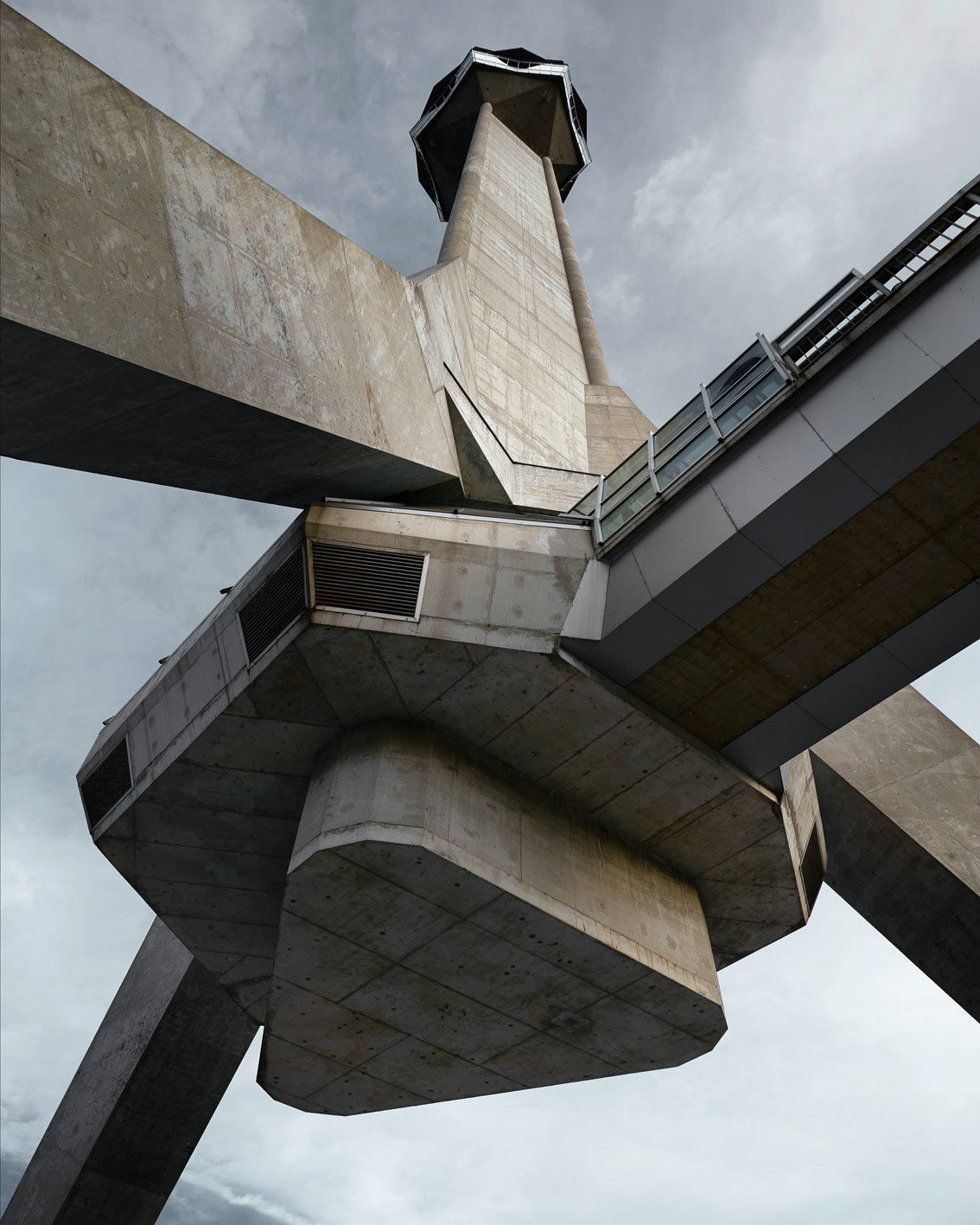 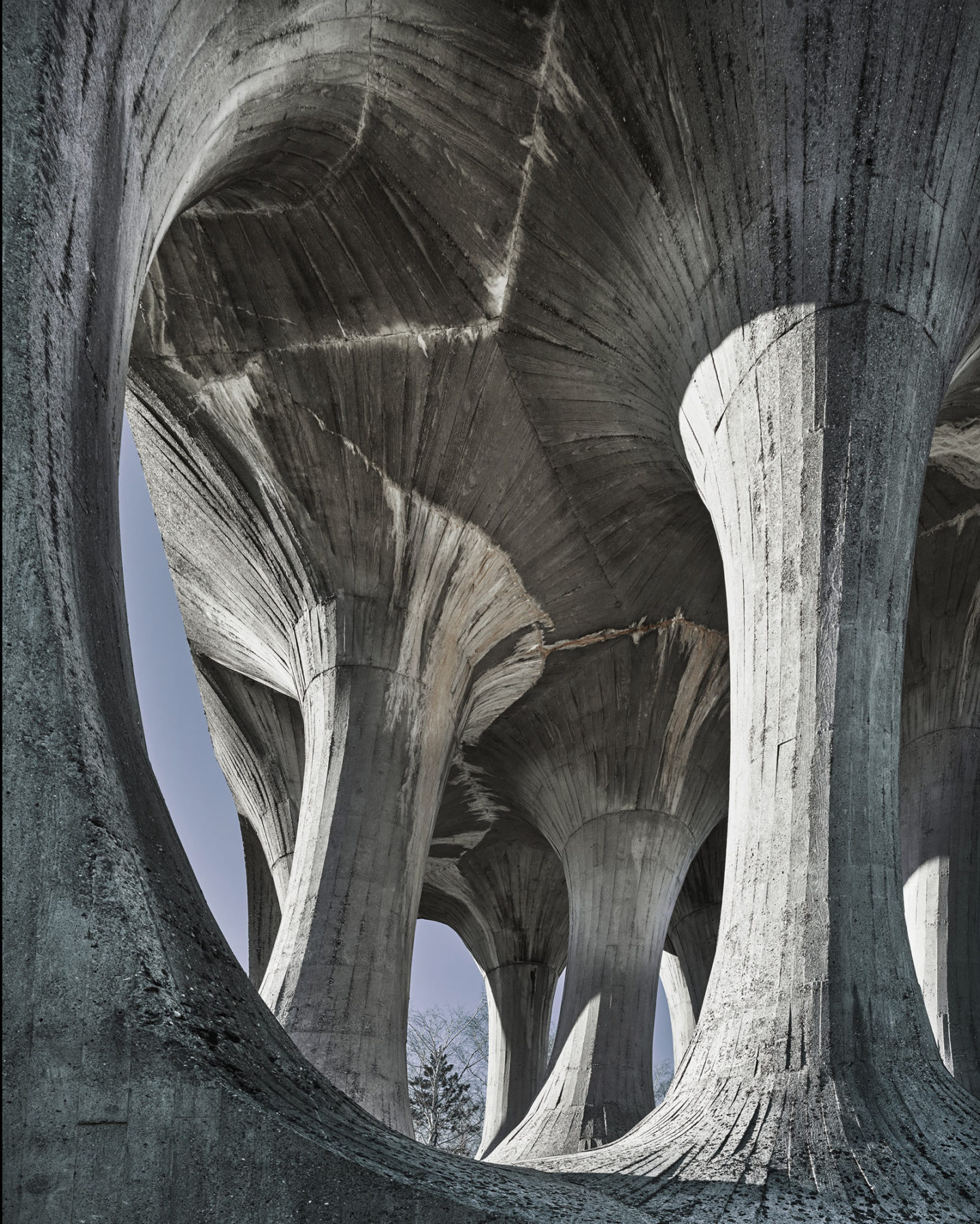 Monument to the Fighters Fallen in the People’s Liberation Struggle, Ilirska Bistrica, Slovenia.

Even the most overtly civilian structure in the exhibition (Belgrade’s marching alien-like Avala TV tower, featured above right) is a testament to violence – since the 1960s structure had to be rebuilt after NATO bombed it in 1999. The beautiful curves of the 1965 Monument to the Fighters Fallen in the Liberation Struggle capture the tension in so many of these structures between hope and grief – a constant reminder of how quickly both peace and certainty can dissolve in this region. 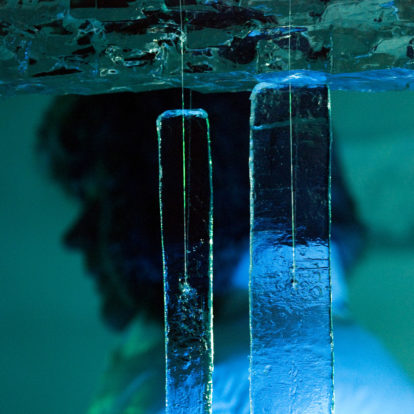 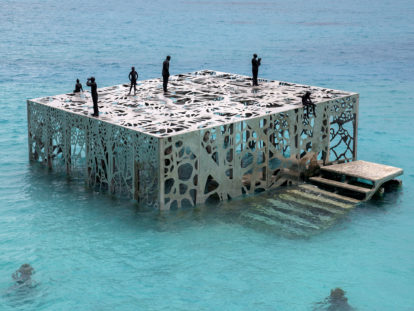 Far-flung objects of desire: pursuing knowledge to the edges of the world. 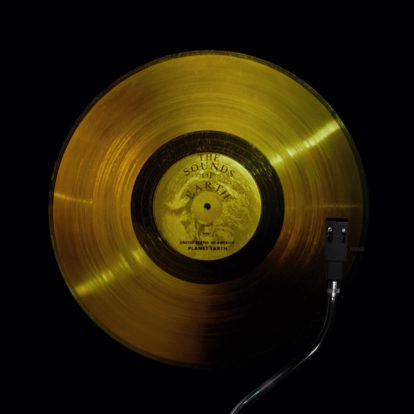 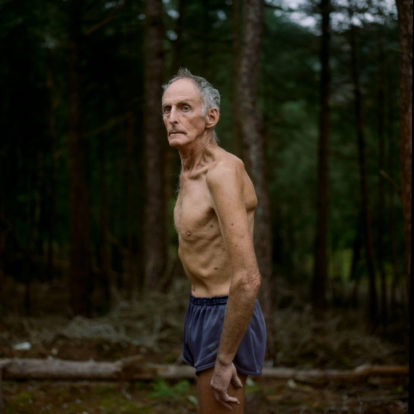 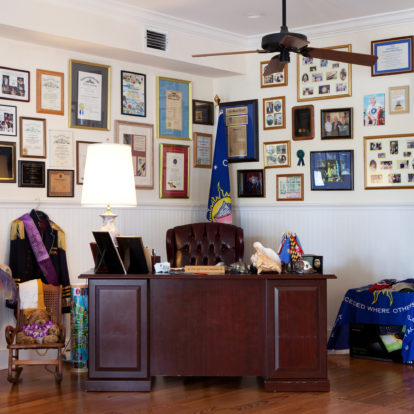 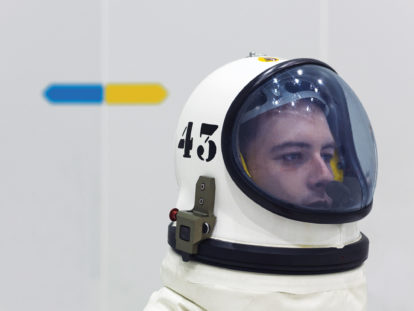